Hello Everyone! My name is Shreya and I am from India.
I am 22 years old.
I finally got a Job. I started working in a company as an Bilingual Application Developer Trainee since February, 2021!
It's my first job and I wish to do my best!

I am learning Japanese since 4 years and have started subbing since 2019.

I was a crazy Detective Conan fan so I watched the Live Action series of Detective Conan in which Oguri Shun played Shinichi Kudo. I badly feel in love with him. Since then I started watching Oguri's dramas. I watched HanaKimi and fell hard for Ikuta Toma. Basically, Toma is my first favourite Johnny's Idol.
I found out about Arashi after I watched HanaDan and fell in love with MatsuJun. The first song I listened to Arashi was Sakura when I watched Ouroboros but at that time I didn't know about them. After watching a VS Arashi episode of Ikuta Toma with Majo Saiban Team, I fell in love with Sho-chan. Basically, my Ichiban is Jun but Sho-chan is also my Ichiban. (I don't understand who should be my Ichiban -_-) . Anyways, I love all the five of them!

Connecting to HanaDan, when I came to know about HanaHare airing and Domyouji's cameo in the first appearance, I was so happy. When the first episode aired, I was so attracted to the song Cinderella Girl and of course Haruto's character. I searched about Hirano Sho and came to know that King & Prince sang the song and that they are Arashi's juniors. I madly feel in love with Hirano Sho and of course Kinpuri! I decided to stan them. When the debut single came out and I finally watched the MV, I loved Kishi's voice and instanly fell for his voice. I was and still crazy for both of them. But one person came and became the bias wrecker, Jinguji Yuta. It was when Memorial released. I truely, madly, deeply fell in love with him.
Even now, it's hard for me to choose my ichibans in Kinpuri.

Recently (a little bit before their debut), I became a Sutotan (SixTONES fan)! Every member is amazing but I love Taiga, Kouchi and Shin-chan the most! I also bought their debut single to support them. Shintaro was my ichiban in SixTONES but Taiga and Kouchi decided to win my heart and now, I love all three of them and again confused over who is my ichiban among those 3.

I also love watching Anime. I have recently started watching though. My most favorite animes are Demon Slayer, Attack on Titan, Yowamushi Pedal, Haikyuu and Detective Conan (which I have been watching since I was 10 years old).

After some people posted comments related to LiveJournal on Arashi's Youtube Channel, I decided to make all the posts friend locked like many other LiveJournal accounts and Communities also changed their rules. I hope all of you support me.

Add an introduction comment on this post and then click on 'Add user as a friend' and then wait for getting accepted.
Tell your name and your hobbies and tell about your Ichiban from Johnny's or any other if there.

Adding a new rule: I won't be accepting new accounts and facebook or google accounts anymore.
You account must be 1 year old atleast and a livejournal account, otherwise I can't accept it.
Some other rules regarding the posts-:
1. Don't share the videos or post it anywhere
2. If you want to use the softsubs for translating into other languages, please credit and ask before using it
3. Please don't take credit of any of the videos I subbed (I really have had hardtime subbing the videos)

Important Note: Please note that we (I and my sister

kento_fan1412) both are not perfect in translating into Japanese. We just do it because we have fun translating and it helps us learning more also for the international fans who don't undertand Japanese. So, there might be some mistakes or corrections in our translations. If you find out please do convey us.

My first fanfiction on Jinguji Yuta and Kishi Yuta! Do read and comment!

Name-Kimi Dake Wo Aisuru (I only love you)
Genre-Romance/Fanfiction/Friendship
Pairing-Jinguji Yuta X Yoshimura Yui (OC) and Kishi Yuta X Aikawa Tsubasa (OC)
Summary-
"I was a lonely girl struggling to make my people stay with me but eventually everyone left. Then I met you, who struggled to make my heart open. I always wished for someone to make me feel like no one had ever made me feel that way before, and you made me feel that way. I'll never regret falling in love with you."-Yoshimura Yui

"She was alone and lonely and I always loved to make connections with people. But she was hard to understand. She was silent and quiet but her heart was shouting and crying. No one could understand her easily. Still, I fell in love with her knowing her heart is very beautiful." -Jinguji Yuta

A story of an introverted young girl who has been alone and has been waiting for someone who will just look at her and a story of a young boy who meets the girl and gets interested in knowing her. He struggles to make her heart open even if she only opens to him. How these two will fall in love?
Disclaimer-I don't own the characters which are idols. I only own the other characters which I have created for the story.

My first fanfiction on Sakurai Sho and Aiba Masaki! Do read and comment!

Standing motionless on the windy street, when I looked back the sun had already fallen
I was looking alone at the silent night that had begun
Still taking a long way, avoiding the place where I always met with you
Every time the lights along with the street shine, I stop and stand still again
"Sho, I hope someday, I will meet you again. Though we are far away, I hope we will stay together always. I will get to hear your voice again. The voice that had hypnotized me. The voice that had frozen my mind. The voice that makes butterflies in my stomach fly. I hope to meet you beneath the Sakura Blossoms and be with you forever."

This is my first time uploading something here. I have subbed another VS Arashi episode where Yowamushi Pedal Team is the guest. I tried my best subbing this since I'm still new to subbing a variety show. There might be some misses and even mistakes. If you find any correction or if there are any suggestions please do convey me. Enjoy :D

kento_fan1412
And a small help from

Please do convey if you're having any problem with the link! 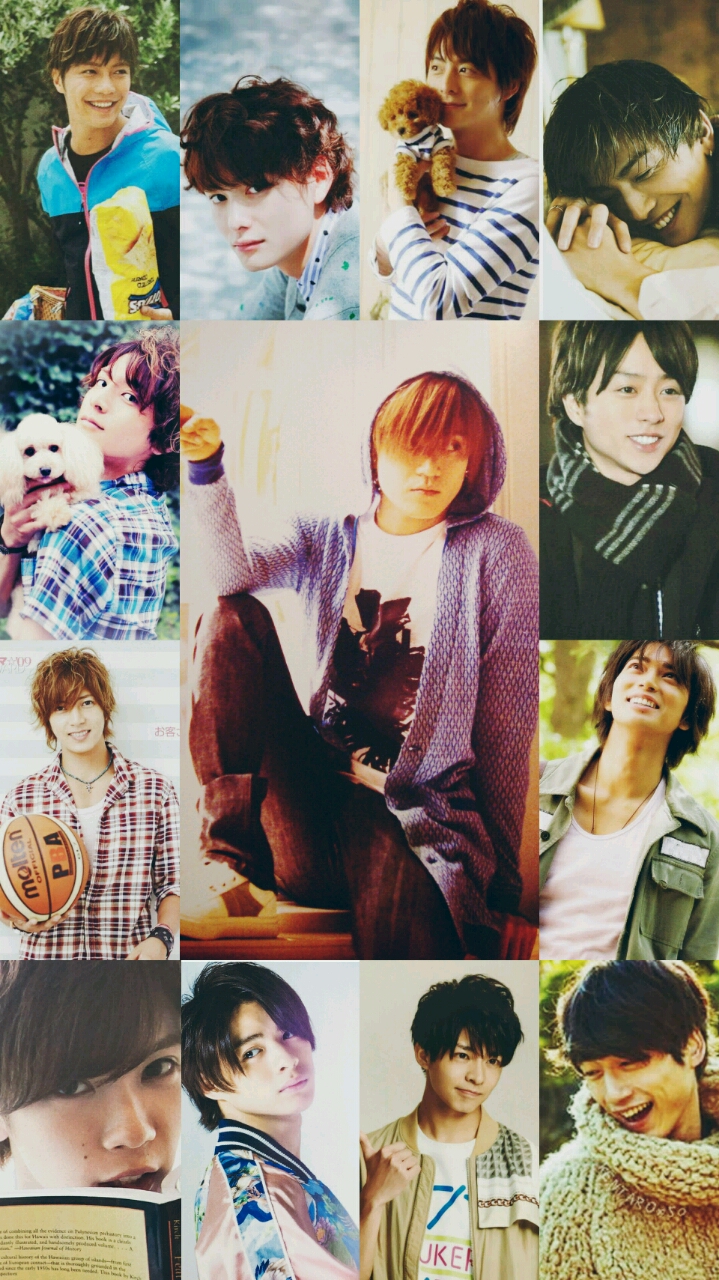 These all are my favourite Japanese Actors. Oguri-san is in between because he is my first love. I love them a lot!❤💛💙💚💜